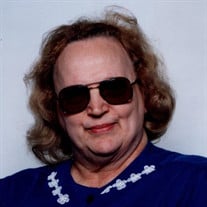 Lois B. Vannoy, 82, of Vienna, passed away November 24, 2021 at Camden Clark Medical Center. Mrs. Vannoy was born September 17, 1939 at Northampton, Pennsylvania. She is survived by two daughters, Eunice Tillett (Tim) of Junction City, Kentucky and Connie Dulaney (Bryan) of Parkersburg; four grandchildren, Randall Tillett, Ray Tillett, Kazandra Cook (Dallas) and Trenton Dulaney and a great-granddaughter, Maria Cook. She was preceded in death, in 2015, by her husband, Randall A. Vannoy. She was also preceded in death by one brother and one sister. Lois was a member of Grace Brethren Church. She had earned three masters’ degrees and was a graduate of Millersville University (Millersville, Pa), United Theological Seminary (Dayton, Oh.) and West Virginia University (Morgantown, W.Va.) For twenty years, Lois had been a public-school teacher in Pennsylvania and at Williamstown, W.Va. She had been Director of Religious Education at Bethany Children’s Home in Pa. and at several local churches. She had served as L.P.N. at Selby General Hospital in Marietta and for Kimberly Care at homes in both Ohio and West Virginia. She had been honored by inclusion in Outstanding Young Women of America (1968), Community Leaders of America (1971, 1972, 1978), Dictionary of International Biographies (1974), The World of Who’s Who of Women (1974-75), Who’s Who in Religion (1975-76), Who’s Who of Child Development Professionals (1976), International Who’s Who of Intellectuals (1978) and Who’s Who of American Women (1979-80) Graveside services will be 11 AM, Tuesday, November 30, 2021 at Evergreen North Cemetery.

The family of Lois B. Vannoy created this Life Tributes page to make it easy to share your memories.

Send flowers to the Vannoy family.