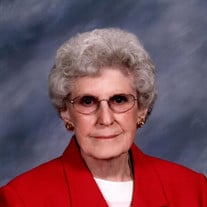 Betty Marie (Augustine) Rollins, 94, was born on July 30, 1927, to Russell A. Augustine and Helen Fries Augustine. Betty was a graduate of Parkersburg High School’s Class of 1945. She went on to attend Mountain State Business College and was a member of the Beta Sigma Phi Sorority and Eastern Stars. She attended Stout United Methodist Church for several decades with her family and lifelong friends. In her early career, she worked at Dils Department Store, Smith shoe store and was a bookkeeper. She later worked at Coca Cola, Armco Steel and retired from J&M Development Co. It was during her time at Coca-Cola, Betty met the love of her life, Herman (Jake) Rollins. They married on October 19, 1968, and lived happily ever after until Jake passed in 1993. During her retirement years, she spent most of her time enjoying her grandchildren, all of whom lovingly referred to her as Gigi or “G.” She was also an active member of her neighborhood watch program and helped plan many class reunion events in her spare time. A perpetual people person, Betty spent her life creating bonds. She loved to stay in touch with her friends and family, and she was known for her lengthy evening telephone calls. Some friends have shared comments about how she didn’t age for 20 years and how she could make a mean meatloaf! Others shared stories of her work ethic, strong-willed nature and willingness to help anyone who needed it, whether they asked or not. With a no-nonsense attitude that you just had to respect, many agreed they don’t make them like her anymore. On April 11, 2022, she departed this life the same way she lived it – on her own terms. Betty is survived by her daughter, Jane Stafford McMurray; her granddaughters, Kristina (Chip) and Laura (Jake); and her six great-grandchildren; Marlena, Oliver, Kate, Penny, Reese and Stella. She was preceded in death by her parents, brothers Ernie Augustine and Russell Alfred “Dutch” Augustine Jr., sister Emma McClain, and husband Jake. Betty is also survived by sister in law Linda Augustine and nieces and nephews. A celebration of life will be held at 1 p.m. on April 15, 2022, with burial services following. On April 14, 2022, there will be visitation services from 2-4 p.m. and 6-8 p.m. at Vaughan-Kimes Funeral Home located at 521 Fifth St Parkersburg WV 26101. For those wishing to honor Betty, donations may be made in her name to Stout Memorial Church.

Betty Marie (Augustine) Rollins, 94, was born on July 30, 1927, to Russell A. Augustine and Helen Fries Augustine. Betty was a graduate of Parkersburg High School&#8217;s Class of 1945. She went on to attend Mountain State Business College... View Obituary & Service Information

The family of Betty Marie Rollins created this Life Tributes page to make it easy to share your memories.

Send flowers to the Rollins family.