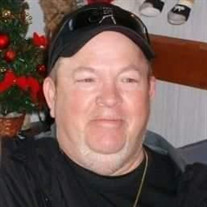 Robert Allen “Bob” Bosley, 70, of Parkersburg, W.Va. passed away peacefully Thursday, April 7, 2022 at Marietta Memorial Hospital. He was born October 11, 1951 in Braxton County, W.Va., a son of the late Robert Lee “Shorty” and Betty Jean Keener Bosley. Bob was a 1970 graduate of Parkersburg South High School and a veteran of the U.S. Army Reserves. He was retired as Chief Clerk after 46 years of service with CSX Railroad. Bob enjoyed yard work and tending to his flower gardens, dancing and telling jokes. He lit up the room when he entered in. He will be remembered most for his giving heart and his concern that everyone be taken care of. He is survived by his wife, Patricia R. “Patty” Brown Bosley; a daughter, Angela Dawn Bosley of Parkersburg; a son, Chad Erick Bosley of Parkersburg; a sister, Pamela Sue Starcher of Parkersburg; honorary son, Jeremy Knowlton and wife, Rissa, and their girls; several nieces, nephews and cousins; a sister-in-law, Cheryl Brown Hall of Parkersburg; a special friend, Dennis Verlich; and his puppy dog, Gracie May. In addition to his parents, Bob was preceded in death by a brother, Steve Bosley. In honoring Bob’s wishes, he will be cremated and services will be at the convenience of the family. Arrangements have been entrusted to the Vaughan-Kimes Funeral Home & Crematory, 521 – 5th Street, Parkersburg.

The family of Robert A. Bosley created this Life Tributes page to make it easy to share your memories.

Send flowers to the Bosley family.